The Deen Show: Is the Qur'an Miraculous?

The Deen Show: Is the Qur'an Miraculous? 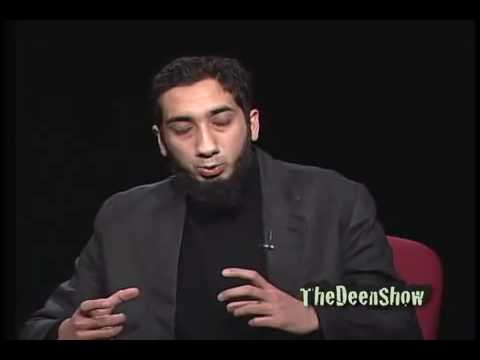 Is the Qur’an truly the literal word of God

From where Muhammad (pbuh) got his revelations?

Did Muhammad (pbuh) author the Qur’an?

Is the Qur’an Miraculous?

Representing the Muslim perspective was Brother Nouman Ali Khan: Brother Nouman was born to a Muslim family, but later in life he turned towards atheism and then after gaining a better understanding about the Quran he finally had all his questions answered and then turned back to Islam.

He is the founder and CEO of Bayyinah, as well as the lead instructor for a number of Bayyinah courses including the ‘Fundamentals of Classical Arabic’ and ‘Divine Speech’.

His first exposure to Arabic study was in Riyadh, Saudi Arabia where he completed his elementary education. He continued Arabic grammar study in Pakistan, where he received a scholarship for ranking among the top 10 scores in the national Arabic studies board examinations in 1993.

But his serious training in Arabic began in the United States in 1999 under Dr. Abdus-Samie, founder and formal principal of Quran College, Faisalabad, Pakistan who happened to be touring the US for intensive lectures in Tafsir and Arabic studies.

Under Dr. Abdus-Samie, Nouman developed a keen methodical understanding of Arabic grammar. He further benefited from Dr. Abdus-Samie by internalizing his unique teaching methods and later translating his work into English for the benefit of his own students. Nouman served as professor of Arabic at Nassau Community College until ’06 and has taught Modern Standard and Classical Arabic at various venues for nearly 7 years with over 10,000 students nationwide. Currently he has dedicated himself to a seven-year-long project, of conducting a linguistic & literary focus Qur’anic Tafseer series in English.

Representing the Christian side was Mr Frank Avila: Mr Avila is a devout Catholic, He is an attorney, political campaign consultant who has counseled Republicans (Jack Ryan) and Democrats (Ald. Manny Flores) and ran, himself, for Cook County Water Reclamation District Commissioner in the March, 2004 Democratic Primary.

The Topic: Is the Qur’an God’s word?

An Interfaith Dialogue between Nouman Ali khan and Frank Avila